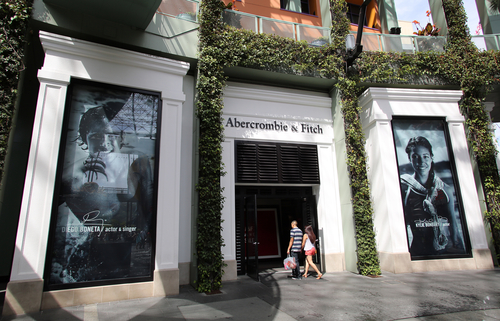 On Monday, teen clothing retailer Abercrombie & Fitch (NYSE: ANF) declared that they are not interested in being acquired by any company but rather focus on fixing the business as a whole. Many of these companies wanted to buy Abercrombie in hopes of helping them rekindle their appeal with shoppers. However, this move that was never agreed on brought shares down as much as 20 percent bringing Abercrombie’s market value down to about $740 million.

In May, potential bidders such as Express and American Eagle Outfitters discussed to take over the company that caused shares to increase at the time. However, this deal obviously did not happen and Abercrombie decided to work on their problems on their own.

After 5 months, CEO Fran Horowitz has been struggling to broaden Abercrombie & Fitch’s appeal beyond their usual preppy shoppers. Sales have been declining for years now as this retailer tries to find ways to reposition their brand. A new marketing campaign to shift the now logo free brand has not been a success and the new A&F is still struggling to find an identity in a variety of new apparel now dominated by fast fashion chains such as H&M and Zara.