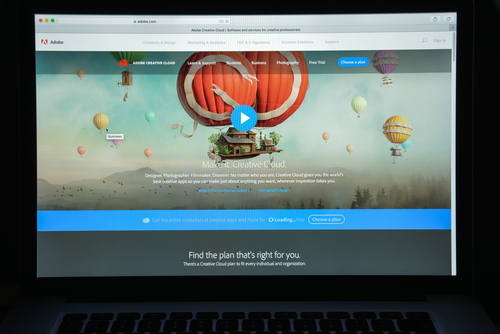 The California-based company estimates earning per share for its fiscal year 2018 will be $5.50, beating analysts’ estimate of $5.21 a share, according to Thomson Reuters. Total revenue will be approximately $8.7 billion, the company said at a financial analyst conference in Las Vegas.

Adobe shares jump as much as 10.03 percent to $168.39 per share in the early trading in New York. The company had gained about 63 percent this year.

“Adobe’s vision has never been more clear or more relevant – to empower people and businesses to design and deliver amazing digital experiences,” said Shantanu Narayen, president and CEO, Adobe. “The FY2018 targets we are providing today include revenue growth of 20 percent and earnings growth of 30 percent, and reflect our continued momentum and leadership.”

The company also reaffirmed its forecast for Q4 FY2017. Adobe expected the fourth-quarter earnings per share to be $1.15 on revenue of $1.95 billion.

Adobe’s growth is driven by its cloud-based subscription products. The customers now can use Adobe’s software by paying recurring fee rather than purchasing it on a one-time basis.