Altria Stock Upgraded by Citi to Neutral From Sell 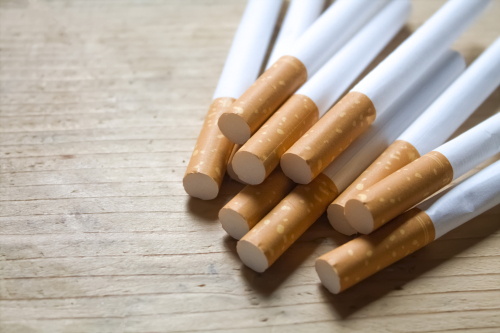 Altria (NYSE: MO) stock was upgraded from Citigroup from a sell to a neutral, citing that cigarette sales will improve due to vaping crackdowns.

The nationwide teenage vaping epidemic has rattled the country. Some state legislators have already taken immediate action to ban e-cigarettes or flavored pods in order to combat underage use.

Amid the growing concern, protestors have demanded that the federal government take action to reduce the number of users as the number of injuries and deaths continue to climb.

According to the Center for Disease Control and Prevention, vaping-related illnesses has resulted in 33 deaths and 1,479 hospitalizations.

Citi is expecting the U.S. Food and Drug Administration's flavored ban to be harsh and also impose a ban on mint and menthol flavors. The ban would most likely only leave tobacco flavored pods as the only option if the legislation is to pass.

A nationwide crackdown would completely challenge Juul Labs, an electronic cigarette maker in which Altria owns a 35% stake.

"The stock is below our target and we think it no longer looks expensive relative to overseas peers," analysts wrote in a note to clients. "Unfortunately we expect the short-term newsflow (on FDA regulation and earnings) to be difficult."

Altria is expected to report its third-quarter financial results on October 31 and Citi analysts are expecting a 7% decline in underlying cigarette volumes and an 11% decline in shipments, according to MarketWatch.