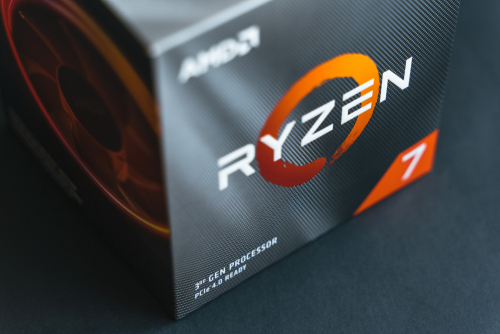 AMD (NASDAQ: AMD) shares rose higher by 3.4% on Monday morning after Cowen analysts raised their price target on the stock.

Ramsay said "we believe AMD's consistent track record of execution under her leadership, and stable roadmap, is increasingly resonating with customers and investors."

"In short, our conversations continue to shift to "when", not "if" questions in terms of share gains and EPS/CF growth, as investors largely no longer question whether or not AMD will gain material x86 share or deliver upon its roadmaps, but instead try to better understand the cadence, magnitude, and competitive roadmap positioning," Ramsay continued.

Ramsay highlighted that AMD’s long-term plan and share targets remain a focus for investors. While Ramsay did not provide any guidance, he believes a 20%+ dollar share of AMD’s x86 target marks of desktop, notebook, server, along with gross margins approaching 50% are reasonable long-term targets.

AMD announced its quarterly financial results last month and reported a disappointing guidance, which sent it shares lower then. The Company forecasted fourth quarter revenue to be approximately USD 2.1 Billion, plus or minus 50 Million representing a 48% increase year-over-year. AMD mentioned that it expects its fourth quarter sales to be driven by Ryzen. EPYC, and Radeon product sales. However, analysts are expecting revenues of USD 2.15 Billion.

During the third quarter, AMD reported earnings of USD 0.18 per share on revenue of USD 1.8 Billion. The Company witnessed its revenue increase by 9% year-over-year due to stronger sales of 7nm Ryzen, Radeon, and EPYC processor sales. However, revenue growth was partially offset by lower revenue in the Enterprise, Embedded, and Semi-Custom segment.

cialis coupon If imaging modalities show any abnormal finding regarding a breast lump or a focal thickening with underlying breast pain in that region, further investigation is then carried out with the help of biopsy