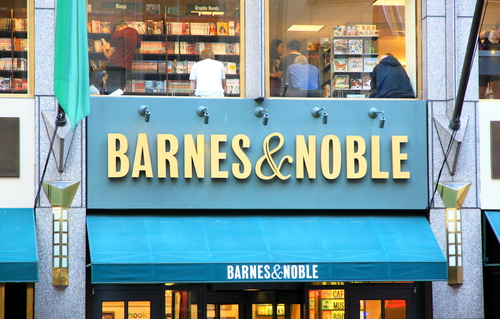 On Thursday, Barnes & Noble, Inc. (NYSE: BKS) announced its financial results for the second quarter of fiscal 2018. Shares of the company dropped 10% in early trading after the announcement.

For the second quarter, the company reported a loss of $30.1 million, or $0.41 per share, which dropped from a loss of $20.4 million for the same period last year. The result also missed analysts’ estimates of a loss of $0.26 per share.

Revenue for the second quarter also declined 7.9% to $791.1 million, missing expectations of $812 million.

“Comparable sales improved throughout the second quarter and into November,” Demos Parneros, the Chief Executive Officer of Barnes & Noble, said in the statement on Thursday.

“Book sales continued to strengthen, and we saw improved traffic and conversion trends. As a result of the improving trends, we will continue to place a greater emphasis on books, while further narrowing our non-book assortment,” Demos added.