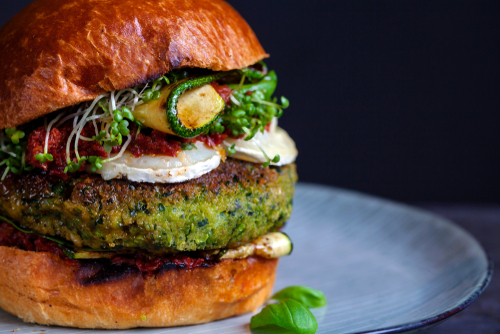 Beyond Meat (NASDAQ: BYND) rose by over 9% on Wednesday after Bernstein analysts raised their price target on the stock, according to MarketWatch.

On Tuesday, Beyond Meat shares crashed by over 20% after reporting worse-than-expected quarterly financial results. However, the stock rebounded on Wednesday after Bernstein raised its price target on the stock from USD 100 to USD 106 per share. Additionally, the firm rated the stock as a “market perform.”

On the earnings call, Beyond Meat Chief Executive Officer Ethan Brown discussed the food service partnerships the Company has entered. Notably, Beyond Meat has partnered with major international chains such as Subway, KFC, Dunkin, and McDonald’s.

In particular, many investors and analysts have focused on Beyond Meat’s partnership with McDonald’s. Despite the collaboration, many analysts warn that it is possible that McDonald’s may not add Beyond Meat’s products onto its menu.

“A key question is whether McDonald’s will partner with Beyond Meat in the U.S.,” wrote Bernstein analysts in a note published Monday before the earnings were announced, according to MarketWatch.

“Based on our channel checks with select McDonald’s based in Ontario, Canada that are currently testing the Beyond P.L.T. burger, the initial feedback has been largely positive, although it seems that the trial has not been a blowout success thus far that justifies an immediate nationwide rollout across both Canada and the U.S.,” Bernstein said.

Bernstein notes that if the partnership does launch on a larger scale, Beyond Meat would need to restructure itself to keep up with demand that McDonald’s produces.