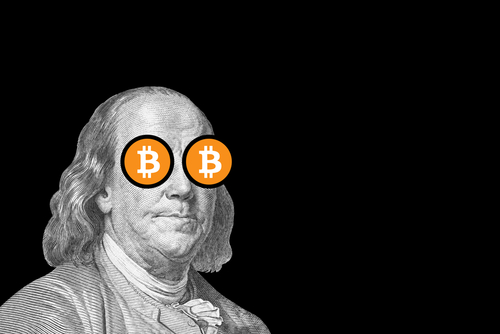 The cryptocurrency market is growing rapidly in the recent years. The overall market capitalization has already passed $100 billion to $113 billion.

Bitcoin, one of the most popular digital currency, surged to above $3,000 for the first time on Sunday. But the digital currency suddenly dropped as much as 16 percent on Monday as two major bitcoin exchanges had problems. But it recovered later and was trading at $2,744.84 per coin on Tuesday. Bitcoin had already gain more than 150 percent year-to-day and had a market cap of near 45 billion.

The sudden drop in bitcoin raised investors concerns about the volatility of the cryptocurrency market.

Another digital currency Ethereum also increased a lot this year. The price of Ethereum was trading at $389 per coin, up more than 4700 percent year-to-date, according to the data from coinmarketcap.com. Ethereum is now is second-most popular cryptocurrency.

“While traditional financial markets were closed over the weekend, bullish trading from cryptocurrency traders from all over the world has seen both Bitcoin and Ether breaking new highs. Bitcoin breached the $3000 mark on Sunday evening while Ether breached the $300 mark earlier on Saturday. Price has been driven by Chinese exchanges releasing their moratorium on self-imposed withdrawals on top of bullish trading from both Japan and Korea” said Bobby Ong, Co-founder, CoinGecko.“Many new investors are hearing about both Bitcoin and Ethereum, and there is a big FOMO (fear of missing out) going around for many of these new investors.”

How To Writing Essay

Thanks for your entire efforts on this web site. Kim enjoys going through internet research and it's really easy to see why. A number of us notice all about the lively mode you produce sensible guidance via the website and recommend response from others on this area then our favorite simple princess is becoming educated a lot. Have fun with the remaining portion of the year. You're the one conducting a really great job. blog
I always use url shortener
It is very helpful.