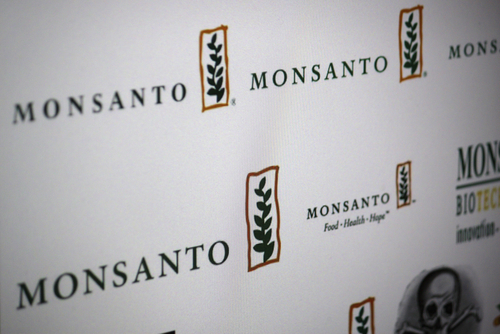 Monsanto (NYSE:MON) has run into trouble with its Roundup weed-killer. California has added the main chemical ingredient, Glyphosate, to the list of potentially cancer causing chemicals. Roundup is the most widely used weed killer across the United States as well as California.

The move does not take Glyphosate or Roundup off of store shelves, but it does require the company to attach a warning label to the product. This comes at a time when Monsanto is looking to solidify its merger with Bayer, and a year after the EPA had deemed Glyphosate safe to use on crops. Monsanto is known around the country as a leader in both pest control and genetically modified seeds, which coincidentally, are engineered to be resistant to the negative effects of Roundup. The combination of GMO seeds and specialized Roundup has made it easier for farmers to protect their crops, but it also has advocacy groups up in arms as both GMOs and Monsanto are under intense pressure both domestically and abroad.

“California’s decision makes it the national leader in protecting people from cancer-causing pesticides,” said Nathan Donley, a scientist at the Center for Biological Diversity. “The U.S. EPA now needs to step up and acknowledge that the world’s most transparent and science-based assessment has linked glyphosate to cancer.” Monsanto has however hit back by saying that the California state branch of the EPA had “cherry-picked” the report in order to justify the decision. A state Superior Court judge had however ruled against Monsanto in March, clearing the way for yesterday’s announcement.

Susquehanna has downgraded Monsanto stock from positive to neutral. Shares dropped approximately 50 basis points at the time of this article.