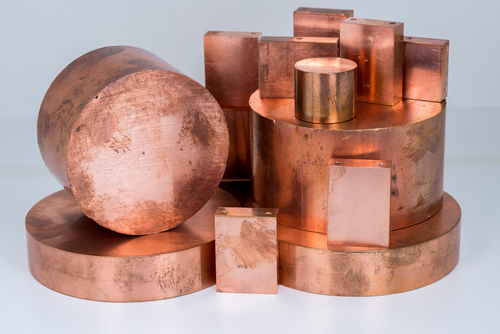 Copper prices on Wednesday surged to its highest level since July 2014 after China’s top copper producer was asked to halt production due to pollution issue.

Benchmark copper on the London Metal Exchange hit a high of $7,210 a metric ton, its highest in 3.5 years. The price of copper was up more than 10 percent in December and nearly 30 percent this year.

According to Bloomberg, Pu Honggang, an analyst with ITG Futures Ltd., said from Xiamen. “Supply cuts are set to boost prices in the short term, while further upside beyond $7,200 before the Lunar New Year might be limited…It’s still pending that supply will be shrinking to what extent, while domestic demand is very weak at year-end.”

Jiangxi Copper Co., China’s top copper producer, has to halt its output for at least a week as the local Chinese government need to make an assessment on the pollution levels.

According to Bloomberg, Yang Kunhe, an analyst with Pacific Securities Ltd., said by phone from Beijing, “Copper stocks are rising as investors are bullish on copper prices amid an improving demand outlook from the U.S. and Europe in particular…The production cuts are temporary. A one-week halt won’t cause too big a problem for Jiangxi Copper. Smelters can also adjust by moving forward their annual maintenance.”