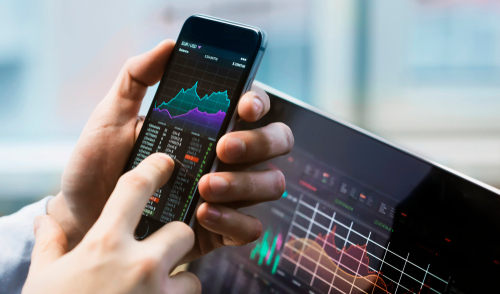 The Dow Jones Industrial Average soared by over 300 points or 1.2% on Tuesday morning after a number of companies reported better-than-expected financial results.

U.S. markets were primarily lifted by upbeat bank financial results. Notably, JPMorgan Chase (NYSE: JPM) and Wells Fargo (NYSE: WFC) were leading the banking sector as they both witnessed their shares rise by 4%.

“It’s a better time to be a traditional, consumer-facing bank than more of an institutional or trading bank,” Stephen Biggar, director of financial institution research at Argus Research told MarketWatch. “Underwriting and financial advisory were weak spots [in the third quarter], but the consumer is by and large steady-as-she-goes,” he added.