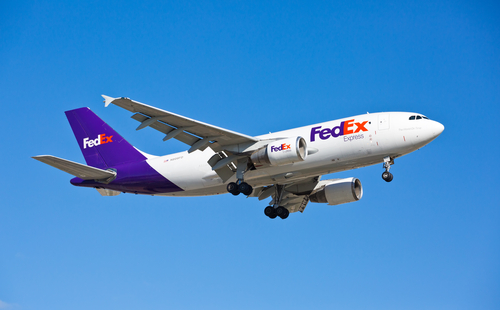 “Real simply, FDX reported an awful quarter and unlike 1Q20, this one doesn’t look like it can be pinned on ‘Macro,’” Bilson wrote Wednesday. “Instead, this looks more like a good old-fashioned face plant and by the look of things right now, FDX may earn less than USD 10 this year.”

Bilson’s expectations for the full-year is much lower compared to other analysts who expected FedEx to report fiscal 2020 earnings closer to USD 18 per share.

FedEx reported its quarterly financial results after the closing bell on Tuesday and witnessed its shares plunge by 7% on Wednesday morning after missing both earnings and revenue expectations.

In efforts to reduce expenses and correct its financials, FedEx executives said it possibly looking to cut spending and the Company is also weighing grounding aircraft and canceling from some international flights. However, the executives still noted that the Company expects to see elevated costs during the peak shipping season.

“The quarter just ended as an anomaly because of the compressed shipping season before Christmas necessitating a significant bow wave of expenses to handle volumes that will largely fall in our third fiscal quarter,” FedEx Chairman and Chief Executive Fred Smith said on a conference call.

“This quarter has seen significant effects on the industrial economy due to continuing trade disputes, including reductions in international air freight and tepid, at best, B2B domestic parcel and freight shipping,” he added.

Bilson warned that FedEx’s disappointing quarterly results could potentially find itself at risk of an attack by an activist investor in an attempt to shake up the management.

“With each passing quarter and one miss after another, it’s getting tougher to keep giving Fred Smith a pass,” Bilson wrote.

“He turned 75 this past August and it’s been our feeling that no ‘activist’ was going to go down to Memphis and tell Smith what to do with the company he built from scratch,” the analyst said. “We’ve lost some conviction in that thought over the past few quarters and we’ve now tossed it out the door as we no longer see Smith as being bullet-proof.”