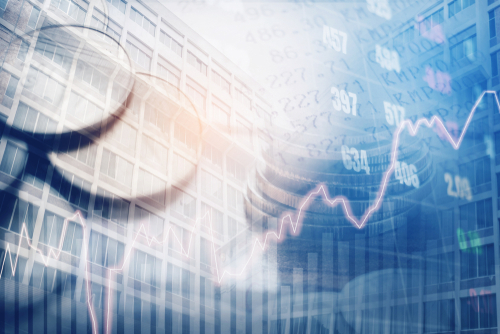 Here are some notable numbers from the Company’s report alongside estimates:

Analysts and investors sharply monitor General Electric’s free cash flow to gauge the health of the Company. GE’s free cash flow metric is a measure of efficiency, referring to money left over after the Company pays for operational and capital expenses. The Company described 2019 as a “reset year,” where it plans to restructure its Power Unit, cut costs and sell its biopharmaceutical business to Danaher Corporation (NYSE: DHR). General Electric in the midst of a multi-year turnaround plan under CEO Larry Culp.

General Electric said it now sees full-year adjusted earnings per share of USD 0.55 to 0.65, up from USD 0.50 to 0.60. It is raising its industrial free cash flow forecast from USD -1 Billion to USD 1 Billion compared to its previous target of around USD -2 Billion.

During the Company’s transitional period, Larry Culp remains optimistic. "We made steady progress on our strategic priorities in the second quarter. Our top-line growth was solid, and Power made meaningful improvements on fixed cost reduction and project execution," he said in a statement. "Due to improvements at Power, lower restructuring and interest, higher earnings, and better visibility at the half, we are raising our full-year outlook for Industrial segment organic revenues, adjusted EPS, and Industrial free cash flows, and we are holding our margin guidance." Culp stated that priorities for 2019 include: fixing GE Power and reducing bad debt.

Following its earnings report, GE said its Chief Financial Officer Jamie Miller will be stepping down from her position. She will remain in her role until a replacement is found. Miller has been with the Company since 2008 and was declared CFO in 2017.