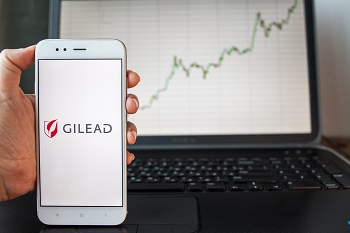 Gilead Sciences, Inc. (NASDAQ: GILD) announced Thursday that it has licensed The Rockefeller University’s portfolio of broadly neutralizing antibodies (bNAbs) against HIV, including the two clinical-stage agents 3BNC117 and 10-1074. These investigational agents have potential for use in HIV long-acting therapies for treatment and prevention, as well as cure strategies.

According to the Company, the HIV bNAbs antibodies are a class of immunotherapy agents that were originally derived from HIV-infected individuals with a strong anti-HIV immunologic response and were designed to target HIV, mainly originating from the latent viral reservoir. Gilead indicates that initial pre-clinical and clinical research has shown that HIV bNAbs can produce an enhanced, prolonged immune response to HIV, representing a promising new approach for HIV treatment or prevention in combination with other long-acting agents, or prolonged virologic remission in the absence of antiretroviral use.

"Our scientists have amassed an extensive body of research showing that neutralizing antibodies have the potential to transform HIV therapy for many people living with the disease," said Jeanne Farrell, PhD, Associate Vice President for Technology Advancement at The Rockefeller University. "We are committed to ensuring that this and other promising discoveries realize their promise to impact healthcare, by partnering with commercial stewards capable of advancing academic programs into potential future products that may benefit patients."

This licensing agreement provides an additional pathway for innovations in Gilead’s HIV pipeline in areas of evolving and unmet medical need.