Good Period Ahead For Airlines 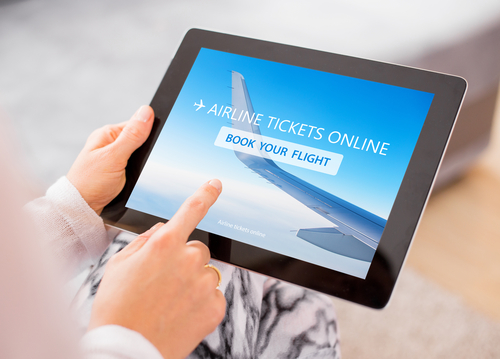 The market seems to be upbeat about the airlines segment and this is showing in the stock prices of major players in this sector. All the four top airlines have recorded some heartening improvements in stock prices in the recent times. The benefits of this strong market may be two-fold. The airlines will benefit from the growth and so will makers of the commercial airliners.

The CEO of Boeing Co. (NYSE: BA) has said that this could be the beginning of the aviation boom which will impact the players in this niche positively in a big way. The CEO, Dennis Muilenberg, points out that the growth in air traffic with its twin advantage will actually put the airlines segment in a good position despite the subdued showing of the rest of the global economy. He expects further growth in this segment to take place in the near future. According to Boeing, not only will air traffic grow for the next 20 years, airlines across the world will add to their fleets too.

Stocks that have shown the best improvements

All four major airlines have had a good showing in the recent past. Southwest Airlines (NYSE: LUV), Delta Air Lines (NYSE: DAL), American Airlines Group (NASDAQ: AAL) and United Continental Holdings (NYSE: UAL) have all seen an upward movement ranging between 36 and 82 percent over the past year. The four together can be credited with over 70% of the domestic flights in the country.

Efficiency is the key

The strategy that has helped these airline companies boost their profits is that they have increased focus on operational efficiencies in the recent years. This has lead to better revenues and in turn, contributed immensely to better profits. However, a key concern that the airlines industry will have to address in order to retain investor interest is to prove that their current earning power is sustainable. This industry has traditionally been a high-risk one and this is a deterrent for many investors.

Investing experts like Warren Buffet have cautioned investors against expecting too much from this industry. However, in a heartening contrast to his previous views, Buffet himself has also invested heavily in the top four airlines now, indicating that he may no longer completely stand by his earlier advice. The airline industry may be on the verge of breaking through but only time will tell if it can stay profitable in the long run.