How is the U.S. Stock Market in a Scenario of Low Inflation Rates? 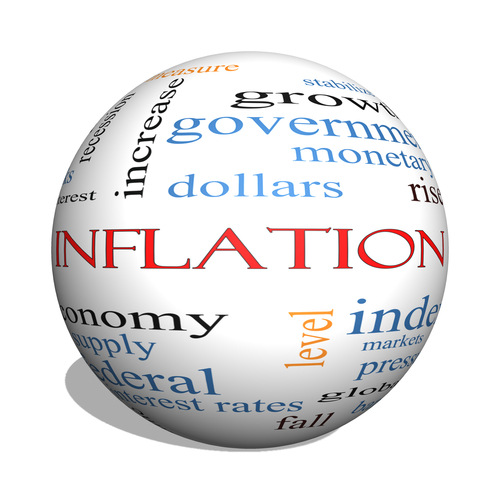 Inflation is a monetary phenomenon characterized by too much money in the economy with too few goods and services. If you are asked what the current rate of inflation is in the United States, you will probably be wondering. You may think of a vague answer that measures between 1.5% and 2.1% year-on-year. So what does it imply? It means that the country’s inflation isn’t going off the track—it is almost an optimal rate.

Nonetheless, many believe that low inflation rate is a matter of concern. It could be a head-scratcher for Federal Reserve officials because they feel that a modest rate of inflation is needed for the country to be able to reap economic benefits. The unyieldingly sluggish inflation in the country is feared to push down wage payments and corporate profits. But will low inflation rates impede the U.S. stock market?

While many folks believe that the low inflation rate of the country would hit its stocks very hard, there are other who feel the situation isn’t a problematic one. The fears of where the market is heading and the potential effects on stocks are high-strung. Many economists bring wages and price changes together.

But the evidence doesn’t really show such a relationship. The Federal Reserve officials think that the unemployment rate of 4.5% to 4.8% should push price gains, but the inflation rate is falling next to 4.3% unemployment. In reality, the price-wage spiral is nothing but a myth. There are many others who think that the low inflation rate is mysterious because the Federal Reserve supposedly printed money. But it cannot actually affect money supply, which is created by the private banking system.

Inflation could surge if banks increase their lending before the Federal Bank can absorb the excess reserves. Even if there is an increase in inflation, the stock direction is likely to stay unaffected. Only bonds, owing to their fixed rate of interest, would lose their purchasing power as a result of inflation.

The prices rose double-digits in the 1970’s owing to the prolonged existence of a loose monetary policy of the government. Even stocks fell in anticipation of the inflation and recession as a result of poor policy choices than inflation being the sole factor. To conclude, government policies to combat inflation can certainly affect stocks but even high inflationary conditions aren’t bearish.

Hi, here on the forum guys advised a cool Dating site, be sure to register - you will not REGRET it https://bit.ly/2MpL94b

A lot of thanks for all of your effort on this web page. My daughter takes pleasure in managing internet research and it is easy to see why. My partner and i notice all regarding the powerful means you create functional strategies on the web blog and in addition welcome contribution from others about this idea and our princess is without a doubt being taught a lot. Take pleasure in the rest of the year. Your carrying out a terrific job. blog
I always use url shortener
It is very helpful.