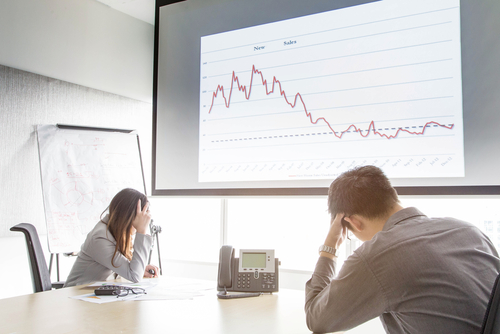 After a weak holiday season, particularly in late December, the premier retailer was forced to cut sale forecasts for the fiscal year 2018, ultimately causing shares to plunge 19 percent.

Macy’s originally estimated its comparable store sales to grow between 2.3 percent and 2.5 percent, now the department store chain is expecting an increase of only 2 percent. Net sales were originally estimated to increase by 0.3 percent to 0.7 percent, now the Company is expecting net sales to be flat year over year. Earnings per share are currently expected to be between USD 3.95  to USD 4.00 a share, but this is down from initial estimates of USD 4.10 and 4.30 a share. Macy’s reported holiday period same-store sales growth of 0.7 percent, also down from 1.0 percent in the same period a year ago.

"The holiday season began strong – particularly during Black Friday and the following Cyber Week, but weakened in the mid-December period and did not return to expected patterns until the week of Christmas," said CEO Jeff Gennette in a press release. “We are revising the guidance we provided in November and will continue to take the necessary steps in January to ensure a clean inventory position as we enter fiscal 2019,”