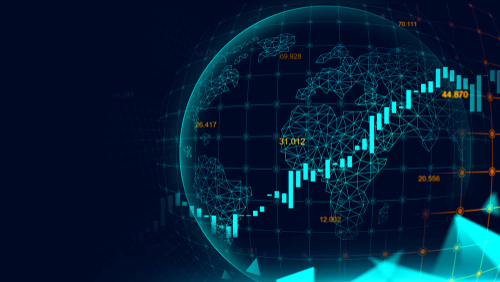 Spotify Technology S.A. (NYSE: SPOT) reported its third quarter financial results on Monday morning. The Company reported an unexpected profit for the quarter, which shares rallying by 16% during early morning trading sessions. For the quarter, Spotify reported earnings of EUR 0.36 per share on revenue of EUR 1.73 Billion. FactSet analysts expected earnings loss of EUR 0.24 per share on revenue of USD 1.72 Billion. During the quarter, Spotify reported that revenue increased by 28% year-over-year, largely led by the increase in premium users and ad-supported revenue.

Tiffany & Co. (NYSE: TIF) announced on Monday that it has received a bid from LVMH to acquire the Company for USD 120 per share. Tiffany shares skyrocketed by over 30% during Monday’s pre-market hours. The Company noted that it held “preliminary discussions” regarding a possible transaction with Tiffany. LVMH also assured that no discussions can lead to a possible agreement between the two parties. LVMH offer for Tiffany would represent a 20% premium over the stock’s closing price on Friday, which would also push its valuation up to USD 14.5 Billion. LVMH is a luxury brand conglomerate run by Chief Executive Officer Bernard Arnault and owns brands such as Louis Vuitton, Christian Dior, Fendi, Hennessy, Moët, Sephora, and TAG Heuer.

Fitbit, Inc. (NYSE: FIT) shares soared by 34% on Monday morning after Reuters reported that Google’s parent company Alphabet (NASDAQ: GOOGL) made an offer to acquire the Company, according to a source familiar with the matter. The sources did not disclose how much Alphabet offered to buyout FitBit.

Roku, Inc. (NASDAQ: ROKU) rose by 9.4% on Monday after Bank of America Merrill Lynch analyst initiated coverage on the stock with a buy rating. The analysts put a price target of USD 154 per share, saying that the Company should benefit from the growing competition in the marketplace.

PG&E Corporation (NYSE: PCG) stock tumbled by 20% on Monday as concerns over the Kincade fire continued to rage on in the Sonoma County of California. Over the past week, PG&E has witnessed its share price sharply decline over after Citigroup analyst Praful Mehta said the Kincade fire increased the “probability of a zero share price.”