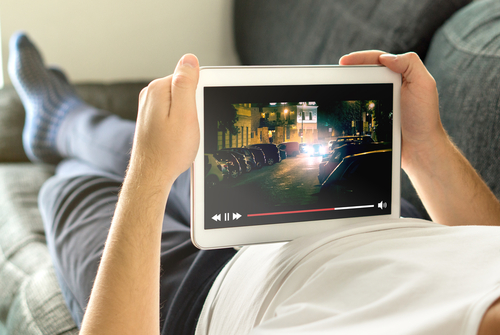 Netflix (NASDAQ: NFLX) shares tumbled by 2% on Tuesday morning after Needham warned that the Company could lose up to four million U.S. subscribers by next year, according to MarketWatch.

Needham analyst Laura Martin downgraded Netflix shares to “underperform” from a “neutral” rating on Tuesday, arguing the intensifying streaming market will cause Netflix to lose subscribers.

Martin argues that Netflix needs a lower-priced tier of its own in order to maintain its market position and support its stock, and given the Company’s balance sheet, Netflix should consider supporting this tier with advertisements.

Martin suggests that ads could be one option that Netflix subscribers can purchase from, along-side ad-free tiers. She mentions adding six to eight minutes of commercials per hour could allow Netfxlis to price this option between USD 5.00 to USD 7.00 per month, competing against cheaper streaming services such as Disney (NYSE: DIS), Apple (NASDAQ: AAPL), and ViacomCBS (NASDAQ: VIAC).

A cheaper tier may attract lower-income customers, convince others to share accounts, or eventually funnel consumers to one of Netflix’s more expensive ad-free plans, Martin said.

Martin notes that a decline in U.S. subscribers can heavily impact Netflix’s stock. Martin says that she is skeptical that growth in Netflix’s international market will continue to support the Company if its U.S. subscriber count diminishes.

Needham joins four other analysts who have bearish ratings on Netflix’s stock, according to FactSet tally, out of 43 total analysts. The average price target on Netflix is USD 365.07 per share.