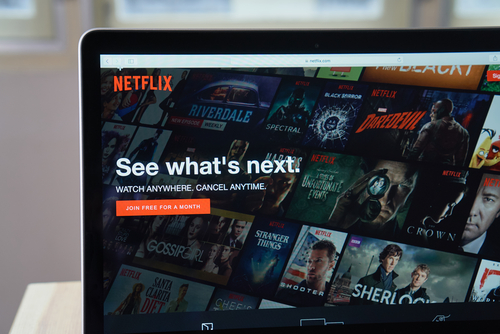 Netflix, Inc. (NASDAQ: NFLX) has edged past Walt Disney Co (NYSE: DIS) early as it reaches an all-time high in market shares. Netflix's shares have reached an all-time high of 348.77 on Thursday with market cap at 160.7 billion while Disney's shares are at 101.69 with the market cap appriximately at 151.5 billion.

The popular streaming platform is gaining momentum with the company adding 7.41 million subscribers in the United States, with 5.46 million globally in its first quarter report. Netflix's current paid subscribers total up to 118.9 million, with 55% of memberships bought by people outside of the US that also contribute 50% of the revenue.

The company has been growing fast with shares rising more than 60% this year relative to the 0.2% increase of the S&P 500, exceeding Wall Street's expectations. Netflix was still capable of adding US customers to their subscriber list even after raising prices, shown by trends in their previous fourth quarter earnings into the first quarter report.

Netflix stock has been able to outperform some of the technological titans in Google and Facebook over the publicized data privacy conflict in social media. The Netflix CEO Reed Hastings noted, "I think we're substantially inoculated from the other issues that are happening in the industry."

In the first quarter, Netflix reported $290 million in profits up from $178 million from a year earlier. The revenue went up 40% to $3.7 billion.

Amazon may get hit w