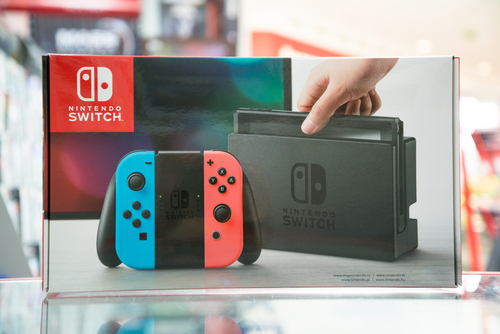 Nintendo Co., Ltd. (OTC: NTDOY) shares have increased more than 55 percent this year, thanks to the robust sales of its new home video game console Switch.

The Japanese consumer electronics and video game company has sold 2.74 million of Switch in its first month of release. The company now expects to sell 10 million units by the end of this fiscal year.

"We want to have consumers able to buy Nintendo Switch when they walk into stores for the holiday season," says Reggie Fils-Aime, president of Nintendo of America. "It's a dual-edged sword. The more you launch great content, the more demand increases, which puts pressure on the supply chain. … We recognize the challenge and we're working hard to ramp up the supply as fast as we can."

The sale of Switch could go higher as more game makers plan to launch games on Nintendo’s console. The company unveiled a lineup of games at E3 this week. Capcom, a Japanese video game developer, announced that "Monster Hunter XX" is coming to Nintendo's latest console. "Monster Hunter XX" has been very popular since it was released in November 2015. More than 1.5 copies had been sold in the first two days of release.

"We are fortunate that we have had a series of phenomenons," Fils-Ami said. "Whether it's been Pokemon Go, or our NES classic that we launched last holiday season, and now Nintendo Switch. What we want to do is create these games and these new executions that the consumers feel they absolutely have to go buy."