Overstock Shares Surge on Bet to Go All In on Blockchain 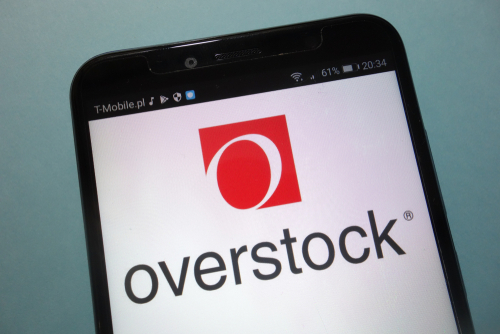 Overstock.com, Inc. (NASDAQ: OSTK) shares surged on Friday after reports that it planned to sell its retail businesses within the next few months to go all in on blockchain, according to the Wall Street Journal.

According to the Chief Executive Officer Patrick Byrne, the sale of its retail segment could happen as early as February.

Overstock was originally founded back in 1999 to sell home goods like furniture on the internet, but the Company invested into blockchain and cryptocurrency with its Medici Ventures. Under Medici is tZero, along with multiple other startups that work with blockchain technology.

Although, tZero has not launched commercially, it is causing Overstock to lose millions of dollars monthly. Despite the losses from tZero, Byrne is still going all in on the blockchain and cryptocurrency industry.

“I don’t care whether tZero is losing $2 million a month,” Byrne said in an interview. “We think we’ve got cold fusion on the blockchain side.”

Overstock invested approximately USD 175 Million into Medici, which has also been burning through the Company’s cash. Within the first year of acquiring Medici, Overstock blew through nearly USD 39 Million in the first three quarters and roughly USD 22 Million alone last year, according to its financial results.

Another startup within Medici, Voatz is running blockchain-based pilot with West Virginia that allow military personnel serving overseas to vote on their smartphones, while another is working with the Rwandan government to develop a digital property rights platform.

Within the recent year, Overstock’s stock price has heavily plummeted since the cryptocurrency craze earlier this year. Overstock saw its shares rise as much as USD 84.00 back in January this year.

Alongside with the cryptocurrency market crash, Overstock’s share price followed the trend and fell along with it. Now, Overstock shares are trading USD 20.67 following Byrne’s announcement. Overstock shares have fallen by as much as 76% since its all time high this year.