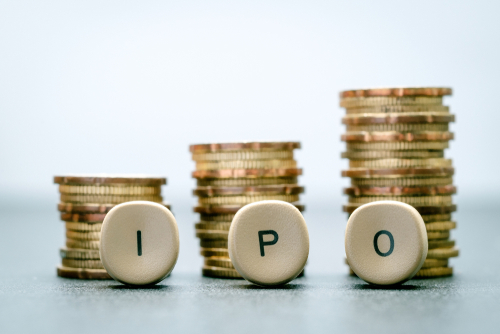 IPO in mid-2019 according to people familiar with the matter.

The Company hit USD 500 Million in sales in 2017 and almost double that this year, according to sources close to the Company. Pinterest, known for its popularity among fashion and beauty brands, with 200 Million monthly active users, found success with its mobile ads. Trades on the secondary market value Pinterest between USD 13 Billion and USD 15 Billion, up from USD 12.3 Billion from the last financing round in June 2017.

as recipes, clothing, household goods, and places to travel. This provides valuable information

stated, “People are pinning literally what they are interested in. We use it as a huge insights

Currently Google and Facebook control a combined 57% of U.S. digital ad spending of a USD 88 Billion market from 2017 according to eMarketer. So far nobody has been able to dethrone the two top firms in competition. Pinterest has struggled to do well in digital advertising with its

goal to reach a milestone of USD 1 Billion, as it had leaked financial documents reported by

TechCrunch in 2015 that showed it was initially projecting sales of USD 2.8 Billion by 2018.

Vice President and Group Director of Social Strategy at Digitas, Billy Boulia, said travel and financial companies are experimenting on Pinterest with advertisers. People familiar with the Company say that Pinterest has recently found its footing in the past year.

opportunity for e-commerce. Additionally, a 2016 Internet Trends Report analysts said that 55% of Pinterest users were using the site to find and shop for products relative to 12% for Facebook

executive at Square and ad exec at Google, to be its first Chief Operating Officer in Februrary.

Both executives have work to do for Pinterest as it expects to grow and go public in 2019.

Thanks for your whole work on this web page. Kate really loves managing internet research and it is simple to grasp why. We all know all about the compelling ways you offer helpful secrets via this website and as well as strongly encourage contribution from other individuals on that content then our own simple princess is certainly being taught a whole lot. Take advantage of the rest of the new year. You're the one carrying out a first class job. blog
I always use url shortener
It is very helpful.

Thanks for your own efforts on this web site. My daughter loves getting into research and it's really easy to understand why. Many of us know all about the compelling manner you render valuable items via your blog and in addition recommend participation from visitors on that idea and our own simple princess is in fact studying a lot of things. Have fun with the rest of the new year. Your performing a tremendous job. blog
I always use url shortener
It is very helpful.