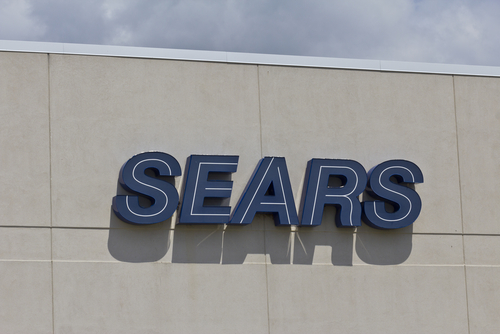 Sears Holdings Corp. (NASDAQ: SHLD) Chief Executive Officer Edward Lampert is offering a bid to purchase Kenmore appliance brand after struggling to find a buyer in efforts to save what’s left of the company. Shares rose by as much as 8 percent on Monday following the announcement.

Lampert’s investment firm, ESL Investments Inc. said that Sears should look into selling some of its assets in portions or entirely, which includes the Kenmore brand, Sears Home Improvement and the Parts Direct business.

The letter notes that these assets hold a large value in the company and selling off one or more of them would allow Sears to improve its debt and possibly avoid bankruptcy.

Sears has lost $10.8 billion since 2010, which was its last profitable year, but was able to default some of its debt last month when it got lenders to accept an extended repayment schedule, said CNN.

ESL would be interested in buying the businesses based on an enterprise value of $500 million and buying the assets for cash financed with equity contributions from ESL and a third-party debt financing. ESL expects that Sears will enter into interim and long-term agreements with SHIP and Parts Direct to enable continued operations.

ESL also made an offer for Sears real estate, including the assumption of its $1.2 billion debt.

Lampert said he would not be involved on behalf of Sears to avoid conflict of interest, as he holds nearly 70 percent of Sears’ shares.

ESL wrote it believes that the offers would be beneficial to debt holders, by providing liquidity to Sears by reducing its obligations and risks, allowing the company to look into other strategic plans.

The letter does not mean ESL will buy the assets. The non-binding offer is on the table in the worst case scenario that another buyer does not come.