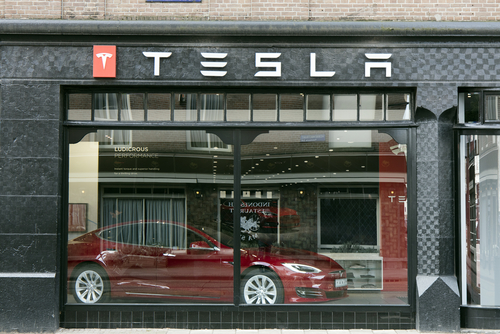 Tesla Inc. (NASDAQ: TSLA) has reportedly agreed to build the world's largest lithium-ion battery storage project in South Australia. The electric car manufacturer has outbid 91 other companies and won a contract to build a 100 megawatt facility. A French renewable energy company Neoen will collaborate on the project. Neoen has a wind farm nearby Jamestown, South Australia, from where energy will harvested for the project. The energy from the wind farm will charge Tesla’s Powerpacks which then will provide electricity.

Elon Musk, CEO of Tesla, explained in a statement, "You can essentially charge up the battery packs when you have excess power when the cost of production is very low ... And then discharge it when the cost of power production is high, and this effectively lowers the average cost to the end customer," CNBC reported. "It's a fundamental efficiency improvement for the grid."

Atlassian Corporation PLC (NASDAQ: TEAM) co-founder Mike Cannon-Brookes questioned Tesla dedication on Twitter, “how serious are you about this bet? If I can make the $ happen (& politics), can you guarantee the 100MW in 100 days?”

To which Musk replied, “Tesla will get the system installed and working 100 days from contract signature or it is free. That serious enough for you?”

"We actually insisted in the contract that we be held to the hundred days or it's free. That's what we said publicly, that's what we are going to do," Musk said at the press conference.