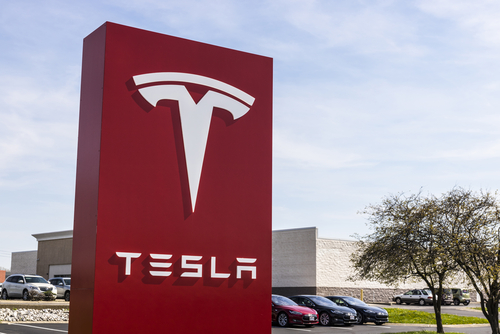 Tesla Inc. (NASDAQ: TSLA) has been facing serious drawbacks in its Model 3 production, as the company failed and produced under 80 percent what it had promised for the third quarter. Tesla only deployed 222 Model 3 vehicles in the third quarter.

The Model 3 promise has been the primary growth driver for Tesla, but due to “bottleneck” issues caused production to stagger and ultimately led investors and consumers to be unsure of the company.

On Tuesday, Tesla announced that it has agreed to purchase privately owned automotive manufacturer, Perbix. Under the agreement, James Dudley, Perbix’s president, will receive about $10.5 million in Tesla stock. Both companies did not disclose other financial terms of the deal, according to the regulatory filing.

Tesla’s acquisition comes after the company had acquired Grohmann Engineering last November to reduce manufacturing and and boost production, according to Bloomberg.

Perbix was already a supplier for Tesla for nearly three years, according to Tesla spokesman.

The acquisition of Perbix will allow Tesla to ramp up production within its own factories.

Elon Musk, Tesla’s CEO, preferred production be done within the company premises, instead of coming from an outside source, which is also one of the reasons Tesla has been pushing back Model 3 production.

“With the acquisition of PERBIX, Tesla further advances its efforts to turn the factory itself into a product – to build the machine that makes the machine.” said Tesla on its website.

The consensus previously was very split for Tesla. Some investors and analysts said that Tesla has had a tendency to “overpromise” and “underdeliver”, which made them cautious and unsure, but some stay that Tesla’s reassurance shows that the company will know how to solve its internal issues.

Tesla forecasted production rate of 5,000 Model 3 vehicles per week towards the end of the first quarter in 2018, it will provide additional details within the first week of January.