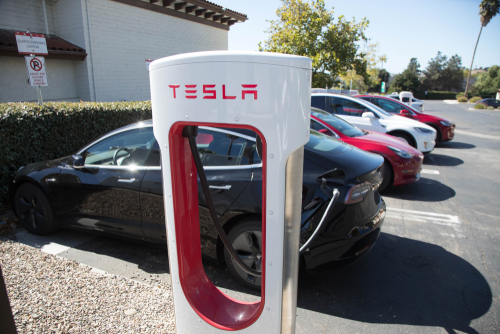 The FBI is reviewing Tesla Inc.’s (NASDAQ: TSLA) Model 3 production numbers as part of an ongoing criminal probe into whether the Company misled investors.

On Wednesday, Tesla reported record quarterly profit as increased output of its Model 3s ended seven quarters of losses for the electric-car maker. The third-quarter results, which buoyed Tesla’s stock, followed a series of production delays.

In February 2017, after reporting fourth-quarter 2016 results, Tesla laid out an aggressive production plan to bring out the Model 3, with plans to ramp up to 5,000 vehicles a week in the fourth quarter. On a conference call that month with analysts, Chief Executive Officer Elon Musk said he was pushing suppliers to be ready for a weekly run rate of 1,000 vehicles in July to 2,000 in August and 4,000 in September.

A few months later in July, Musk sounded confident that Tesla would be producing 20,000 Model 3s a month in December 2017, in line with his previous pledge of having 5,000 vehicles a week by year’s end. “Looks like we can reach 20,000 Model 3 cars per month in Dec,” he tweeted on July 2, 2017, days before the first Model 3 rolled off the production line.

Now the FBI is comparing the Company’s statements with its production capability during 2017. Authorities are homing in on whether the company made projections about its Model 3 production knowing it would be impossible to meet the goals.

In recent weeks, FBI agents have contacted former Tesla employees asking them for testimony in the criminal case. The former employees received subpoenas earlier in the probe, and FBI agents recently have sought to interview a number of them.

Though Tesla shares have surged this week on its profit picture, they still are down roughly 17% since a high in June 2017.