The toy industry’s winter is coming 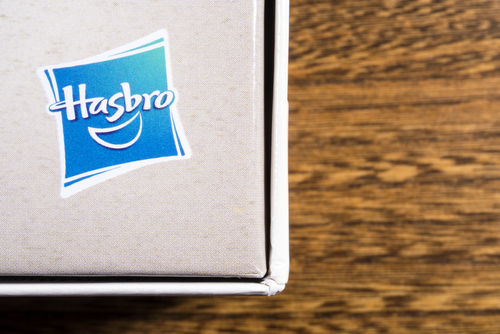 Toy company Hasbro (NASDAQ: HAS) states that new tariffs will increase the cost of toys and will essentially damage the toy industry and lead to safety risks for consumers.

The toy industry has so far been spared from the continuously raging U.S.-China trade war. However, since the conflict is not terminating, the toy industry may soon be in trouble.

Hasbro could potentially lose 20% of earnings through tariffs if they are implemented. According to Jeffries analyst Stephanie Wissink, Hasbro earnings per share will fall from USD 4.51 to USD 3.57 if the tariff rate of 25% on toys are enacted. Currently, Hasbro is up 25% this year, with shares trading around USD 106.81

Hundreds of companies are testifying in Washington this past week requesting the Trump administration to exclude them from the next round of tariffs. Hasbro’s Chief Operating Officer, John Frascotti, will testify on Monday.

Currently, USD 300 Billion worth of Chinese made toys and games could face tariffs worth up to 25%. Kathrin Belliveau, Senior Vice President at Hasbro, remarked, “This could not come at a worse time for our industry. We, and the U.S. toy industry overall, are facing serious headwinds from the recent bankruptcies of two major toy retailers, K-Mart and Toys ‘R’ Us, which have already put an estimated 30,000 U.S. jobs at risk.”

Belliveau believes tariffs could influence U.S. consumers to buy cheaper and unsafe toys that do not meet U.S. safety standards. A change in sourcing from China leads to uncertainty for safety standards that have been previously set up between qualified suppliers in China.

A MT was chief investigator of the trial cialis cost