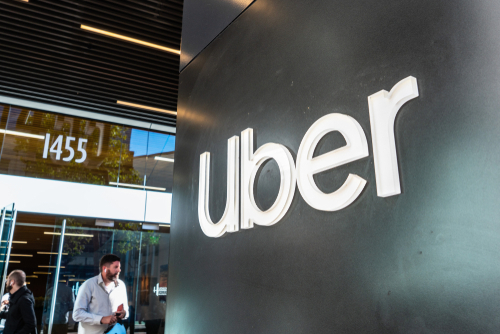 Uber Technologies (NYSE: UBER) reported its third quarter financial results after the closing bell on Monday. The ride hailing service provider reported better-than-expected earnings and revenue, however, shares tumbled by as much as 8% on Tuesday morning.

While Uber surpassed estimates, the Company reported a net loss of USD 1.16 Billion, representing an 18% increase in losses year-over-year.

The major concern revolving around Uber is its ability to profit, which ultimately caused its shares to crater by 55% since its initial public offering launch back in May. However, in an interview with CNBC, Uber Chief Executive Officer Dara Khosrowshahi mentioned that the Company is targeting adjusted EBITDA profitability in 2021.

Revenue during the quarter increased by 30% year-over-year, driven by the increase in the number of monthly active platform consumers (MAPCs) and trips booked. At the end of the quarter, Uber recorded 103 million MAPCs, representing a 26% growth year-over-year. Refinitiv analysts expected MAPCs to reach 104 million.

“Our results this quarter decisively demonstrate the growing profitability of our Rides segment,” said Khosrowshahi. “Rides Adjusted EBITDA is up 52% year-over-year and now more than covers our corporate overhead. Revenue growth and take rates in our Eats business also accelerated nicely. We’re pleased to see the impact that continued category leadership, greater financial discipline, and an industry-wide shift towards healthier growth are already having on our financial performance.”

Based on the third quarter, Uber raised its guidance for the remainder of the year. The company is now expecting adjusted net revenue to accelerate in the fourth quarter. Uber increased its guidance by USD 250 Million and also expects an adjusted EBITDA loss of USD 2.8 Billion to USD 2.9 Billion for the year.

Spotify is Now Worth